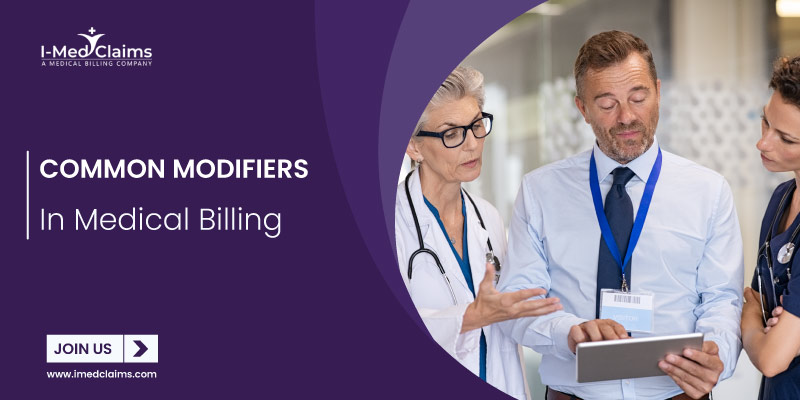 Most Common Modifiers In Medical Billing

Do you realize that using incorrect modifiers in medical billing can get you in trouble? Worse, if you used the incorrect modifier and the insurance company paid you for the service associated with the modifier. Claiming the wrong modifiers can be a severe mistake. A provider must understand the significance of modifiers in medical billing, how to use them, and when to adjust reimbursements or maximize payments to avoid claim denials.

What Is A Modifier In Medical Billing?

Modifiers are essential in adjusting medical codes for numerous medical instances. They are employed when a physician chooses to execute a procedure uniquely without altering the definition of the process. It may also provide additional information about services conducted more than once or services that have happened unusually. The doctor must document the requirement for the procedure to receive compensation for services based on the code for medical procedures. As a result, the physician must add a modifier to the current medical code to represent the procedure transition.

Modifiers are used in medical billing for various reasons. Some important reasons are as follows:

CPT modifiers are two-digit numeric codes. The CPT modifier is used to provide extra information on medical processes, such as the reason for the process, the location of the process, a modification in the procedure, and the total number of doctors conducting the procedure. This data is described to the insurance payer in the format ‘CPT code-modifier.’

HCPCS modifier comprises two characters; a letter and a digit. HCPCS modifiers are organized alphabetically by coding category. The HCPCS modifier provides more information on products used for non-physician services. This data is described to the insurance payer in the ‘HCPCS code modifier template.

GQ – The GQ modifier is applied to services provided via an asynchronous telecommunication system. It is the system in which a doctor assembles a patient’s medical history, pathology reports, and images and submits them to a senior healthcare professional for review on diagnosis and treatment options.

Modifier 95 or GT-When all evaluation treatments and diagnoses are to be coded via telemedicine, 95 or GT can be used. This modifier can only be used when the treatment and medications are delivered via a telecommunication system, either by phone or video conferencing. Modifier GT is linked with modifier 95 only when directed by the insurance payer.

G0 – Modifier G0 is used to code for telehealth services provided to detect or treat the signs of an acute stroke.

Modifier 24 – Modifier 24 is added to an unrelated evaluation or management (Unrelated E/M) service provided during the post-operative period of significant surgeries done within 90 days by the same health care professional. This modifier cannot be used to bill for processes.

Modifier 25 – It is added to all E/M services performed on the same day as another significant surgery by the same doctor. It is commonly used in pediatrics.

Modifier 27 – This modifier can be used for several purposes. That includes when the patient is offered numerous evaluation and management services from the same or distinct surgeons and when the patient uses clinical services, pharmacy, and primary care on the same day.

Modifier 51- Modifier 51 is used for billing numerous procedures and services offered to the patient by the same provider but in a separate procedural setting or surgical session.

Modifier 59- This modifier indicates different procedural services distinct from the rest of the non-evaluation and management services performed on the same day.

Modifier 76- Modifier 76 reports a repetitive procedure done within the same day by the same doctor related to the original procedure.

GY- Statutorily excluded item or service that does not fulfill the requirements of any Medicare benefit.

GZ- Item or service expected to be denied as unnecessary or unacceptable.

QN- Ambulance service has been given directly by a service provider.

If the modifiers are not applied properly or transferred correctly for payers, they are likely to be denied. By using the appropriate modifiers, billers and coders must avoid related problems and minimize claim denials. Our team of billers has been trained and understands the use of modifiers. We conduct an activity to determine the reasons for each claim denial and check the claims denied for coding issues for further investigation. That implies that few claims are denied due to the incorrect use of modifiers. We ensure that our customers benefit from lower denial rates, enhanced collections, and faster cash flow.

GET YOUR FREE DEMO

Talk to one of our representatives to learn more!

Our claim acceptance rate is 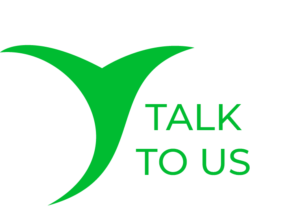